Yes, that’s right we call him “P.B.” on occasion.  In fact we have a lot of nicknames for Nick depending on what he is up to. As his brother Hank mentioned in Blog #9 when he is having a raging meltdown he referred to as “M.B.” which is code for Monkey Boy.  My Brother Tom always called him “Bics” which stands for “Bull in a China Shop.”  Nick’s Dad refers to him as “Floct,” where he came up with that I have no idea.  Al is always making up random, goofy names for family members.  For instance our niece Courtney is “Courtal Minortal” her brother, Austin is called “Stinny or “The Stinnalator.” On the other side of the family he calls our niece Anna, “Anna Bo-bana” and her brother Sam is “Sam-u-Wela” or “Welatron.” My sister Laura’s kids are Jake aka named “Jakey Wakey” and Jenna also known as “Wenna”   Now that I am writing all these silly nicknames I am starting to wonder about the man.

So back to “P.B.” His formal name is Nicklas James Unnerstall.  Having such a last name we decided on short, strong names for the boys. My thought was  if we went really long on the names they might run out of spots while bubbling in their name on the SAT test. (Well, guess we don’t have to worry about that with Nick after all.)  So we chose the name, Nick.

It goes back to the movie called “A Sure Thing.”  The two main characters (college students) are hitchhiking across country and no one will stop and pick them up.  So, the female character played by Daphne Zuniga (formally of Melrose Place) stuffs a sweater under her shirt to make it look like she is pregnant.  An elder lady taking pity and stops to pick them up and asks what they plan to name the baby.  She gives a name like Ethan or something (I can’t remember exactly.)  John Cusack’s character pipes up and says….”No, we can’t name him that.  It sounds like a kid that eats paste.  We have to give him a strong name like Nick.  Nick’s your buddy, he’s your pal.  You can throw up in his car.” By the way it is a great movie!

Now we get a lot of questions about the spelling, Nicklas.  Yes it is a real way to spell it, at least in Sweden it is.  After he was born, Al gave the attending nurse that spelling on the birth record.  He actually thought that was how Jack Nicholas spelled his name.  I didn’t really pay attention at the time as I was feeling the after effects of giving birth.  FYI, his middle name, James was taken from his grandpa Jim.

I still haven’t answered the burning question of the name “P.B.” Well this stands for “Pasta Boy.”  For as long as I can remember, the boy can eat his weight in pasta.

I don’t think I have ever seen such delight as when Nick is presented with a large bowl of pasta. Around the age of seven we upgraded to the adult portions as the child’s plates just weren’t cutting it. The servers always look at him with skepticism as they put the heaving bowl of spaghetti with marinara sauce in front of Nick.  But we knew would polish it off.

Here he is after a full day of rides at Disneyland…. and a full bowl of pasta….stick a fork in him.. done!

To this day he still jams it out…. and delights in every moment…..Before….

While Nick has an extra chromosome in the 21st pair (Down syndrome called Trisomy 21) that has given him many physical attributes that make him look different he has a lot of the same genetic characteristics that make him more like us than different.  He is a string bean and his build is very much like mine.  Speaking of nicknames, mine was “Twiggy” a famous model from the 1960’s.

I was a dinky little kid….

Nothing but arms and legs…with my sis, Laura isn’t she cute. And hey how about those matching Easter dresses crafted by my Mom the expert semstress! (That’s Bo our Border Collie in the background.)

Back then much like Nick does, I could eat whatever I wanted and not gain an ounce.  My personal best was when I was ten years old at Poncho’s Mexican Restaurant located in the heart of beautiful Pasadena, Texas (you know…. where the award winning movie Urban Cowboy was based.)

I was trying my best to keep up with my brother.  Poncho’s offered a family friendly and affordable all you can eat buffet.  You go through the line for the first course feasting hungry eyes as you chose from the vast  steamy trays of spicy entrees. Once you have finished with round one you simply raise the miniature, plastic Mexican flag at the center of the table and the server will take your next order.

So drum roll please, my personal best was….. tada… thank you….

2 helpings of rice and beans

2 sopapillas (Sopapilla=fried dough that you load up with honey and bite down and it is a gooey, warm and delicious mess!

Driving home from Poncho’s was never a treat with my brother in the car. The three of us would be jammed with our stuffed selves in the backseat of the blue Chevy-Nova station wagon with no AC and in a matter of minutes Tom could summon his colon to rip out the worst farts ever. I could never pump the window handle fast enough to get the stinch out.  I would look over at Tom who would be busting out laughing and rather proud of himself.  Oh, and he would keep a death grip on his window handle tight so the window stayed up.  By the end of the ride back to La Porte it was like that scene out of the movie “Blazing Saddles.” (I hope my friend, Ristow is reading this. He loves the potty humor.)

And so it appears that I have seriously taken the word digress to a whole new level this week.  It would be remiss of me not to mention how much joy Nick gets out of letting a few rip each day (and yes he loves Mexican food nearly as much as pasta.) He totally knows he is funny and will look right at you with that dastardly laugh and vein popping out of his forehead. In fact each morning I am warmly greeted by Nick who comes into the bedroom and lets one go and says “farver” with a laugh.  Oh what a delightful wake up call. I love Nick’s sense of humor, unspoken but sometimes no words are needed.  He also delights in his burps too.  As soon as he takes the first few sips of Sprite at a restaurant he begins the litany of burps sounding like a frog in heat.  I often want to ask “Could you seat us in the burping section.”

Please forgive my “*Sophomoric humor” clearly I have gone off the rails.  Living with a bunch of boys will do that to you. That is what is in my noggin this week, just a pile of protoplasm. I will blame it on getting a year older. Hey, it’s my birthday today.  I am raising the red, white and green flag for a second helping. Load me up and light a match!

Cheers to celebrating another birthday as well to our country on Wednesday, raising the red, white and blue! 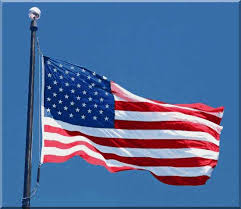 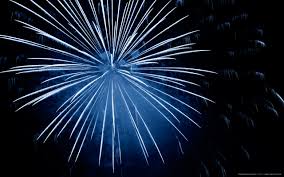 Until next Monday may the sound of fireworks rip and roar in your life and excite you as much as a giant bowl of pasta or refried pinto beans hee hee….!

*Sophomoric humor refers to juvenile, puerile, and base comedy that would normally be expected from an adolescent. It is used to refer to a type of comedy that often includes bathroom humor and gags that are based on and appeal to a silly sense of immaturity.