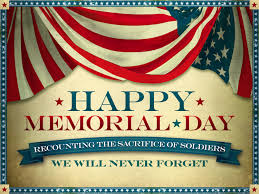 Memorial Day is more than just a three-day weekend launching the unofficial start of summer. For over 40 years, it has been the official national holiday aimed at remembering those who served in the armed forces.  Thank you to all the soilders who have served and sacrificed for our great country

Nick’s behavior has been escalating over the last few months.  He is 21 years old and has Down syndrome and autism.  The incidences of throwing objects has increased.  This also includes his new AAC Device (talker). AAC stands for Augmentative Alternative Communication.  The school district’s autism specialist has done some observations of Nick and data collection of behaviors.  I did this as well at home with Nick’s behaviors.

The school team met last Friday to go over the observations and brainstorm on how to adjust his behavior support plan.  A significant amount of the behaviors are attention seeking.  The team is working on a system to reward Nick for being compliant. In addition, they will be utilizing his new AAC device to seek appropriate attention and making more requests and comments with it.  He has been throwing the device both at home and school.  The iPad is in sturdy enough case to survive a throw from the second floor of the Naperville Library as well as being pitched out the bus onto Montgomery Road at a railroad crossing.

On a positive note, he is using the device well to requests food, rewards as well as making some comments like, “excuse me” when he lets out burps.  He is learning how to navigate it with minimal prompts as well.

Nick’s behavior support plan is much like painting the Golden Gate Bridge.  Just when you think it’s all done and figured out, a new behavior pops up and you have to start over again. 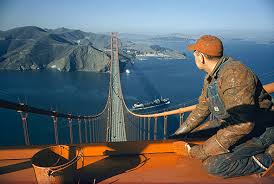 That’s Nick’s world….. the rest of us are just trying to keep up.  That’s what is in my noggin this week. 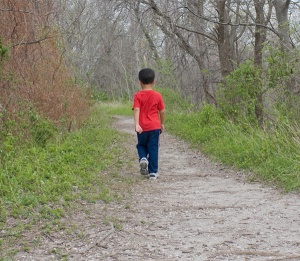 In part II of Wandering and Autism,  I’ve provided more safety information, links for monitoring and GPS tracking devices for individuals who have autism and wander. 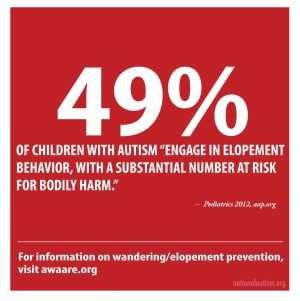 Spring is here, the flowers are blooming, and everyone wants to get outdoors.  Do you know a child who is an eloper?  My son, Nick who has Down syndrome and autism and he has wandered off.  It’s a parent’s worst nightmare. Here are some action steps you should take to insure their safety @https://nickspecialneeds.wordpress.com/2013/07/01/blog-60wandering-and-autism/ 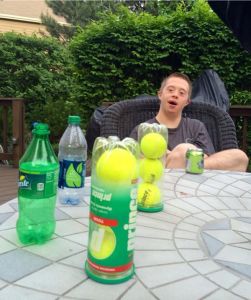 Thank you for reading and sharing this critical information about wandering and autism.  That’s what is in my noggin this week.