Nick is just about a month into his new adult day program.  My son just turned 22 years old and has Down syndrome and autism.  The month before his 22nd birthday he was attending the program part time.  Gradually we increased his days and hours during the month of January.  This made for a nearly seamless transition out of school to his new location.

The one bug in the whole process has been the transportation piece.  The first try was using a riding service through our county.  This was a fail.  There was a different driver every time, and you had to pay cash $13.50 each way.  The final nail in that coffin was a driver who (as reported by Nick’s job coach), was speeding, weaving in and out of traffic and throwing his leftover lunch out the window.  The next driving service we tried were caring and nice.  However they were never on time and cost way much more money ($27.50 each way) Ouch!  Currently, we’ve hired a lovely gal who is taking Nick in the mornings.  Kelsey has been a godsend.  She said that Nick is the best way to start her mornings. 🙂

For the time being, I am picking him up each afternoon.  Ideally, I hope to find another driver or find someone to share carpool duties with as it really cuts into my schedule. Otherwise I’ll paint my car taxi cab yellow. 😀  Stay tuned……

Nick has adjusted well in his new program.  Here are a few snapshots:

Vocational tasks….. (What, he’s not spraying anyone in the eye or drenching a flat screen tv?)

Nick relaxing in the sensory room….

In his new program, the group goes out into the community three times a week.  He has already been to the Shedd Aquarium, recycling & food pantry jobs, shopping for cooking supplies and eating out at restaurants. The program also has special days with themes like Elvis Day, soul food cooking, Valentine’s Day party and monthly birthday celebrations.  The staff is caring and they really love what they do.  Nick has been very happy here.

Yes, there have been a few behaviors that have challenged the staff. That’s to be expected.  Nick can spot fresh meat and will test you.  But last week and the follow up meeting, the behaviorist felt these were manageable.  It really helped that the school sent his job coach with him during the transition.  Jodi, was able to help the staff understand these and guide them on how to handle Nick.  So far, he has only got to the cover of a fire alarm. I had my money on him pulling one the first week. 🙂

As Nick’s mom, it warms my heart to know that his days are full, structured, meaningful and that he is happy in his new adult life. That’s what is in my noggin this week.

@Down Syndrome With A Slice Of Autism

As I mentioned last week, the countdown is on to the end of school for my son.  Nick is 21 years old and has Down syndrome and autism.  In just a few weeks he will celebrate his 22nd birthday and will age out of the school system.  So what will Nick do when the little yellow bus stops coming to pick him up?  Here’s a peek into his transition to the adult day program which started last week.

Nick is attending half days twice a week.  Each morning starts in the gym.  Here are some of the activities he will be doing:

Nick picked out an animal book for one of his choice activities….

Nick stole his teacher’s chair when she got up.  Looks like he’s  making himself at home.  Now all he needs is a crown. 🙂

Here’s Nick’s reaction when his job coach asked if he liked his new school.  A fist pump with a big yay! 🙂

Week one of the transition to the adult day program was a success. A special thank you to Jodi, his job coach for providing the pictures above!  I’m so pleased that he is happy there and the activities keep him busy, productive and most of all, happy 🙂  There are a few more wrinkles to iron out, but progress is being made for this to be a success for Nick.  That’s what is in my noggin this week.

@Down Syndrome With A Slice of Autism

We wish you all a very Merry Christmas and a Happy New Year.  Thanks for reading and sharing Nick’s world.  A new blog coming in two weeks!  In the meantime be sure to check out our Facebook page (Down syndrome with a Slice of Autism) for daily pictures, articles and other musings.  And there are plenty of blogs to read in the archives. 🙂 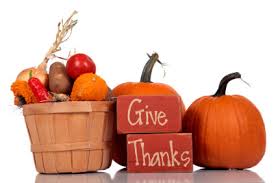 In my noggin this week (besides the to-do list) is a post I wrote two years ago called, “5 Reasons I am Thankful for Nick”. Here’s the link:

Have a blessed Thanksgiving!  I am thankful for all your support and for reading & sharing Nick’s world.

The good news is that I have bought a new, sleek MacBook Pro laptop!  The bad news is that the computers are in the shop while the data gets transferred over.  Please scroll down to the “archives” this week where you can enjoy over a 100 posts.  You’ll find a treasure chest of great stories and information about Down syndrome, autism and more. You can look up posts by “categories” or go down further to access the “archives”.  I look forward to sharing more about Nick’s world next Monday with you.  Have a great week!

October is Down syndrome Awareness Month

The page will then show nothing found (something is wonky here this week).  Then type in:  “Blog #26 Down syndrome Awareness Month in the search box.  It should pop up. Sorry about the extra step.

Thank you for reading and sharing Nick’s world!  That’s what is in my noggin this week.

It’s vacation time! We’ll be back in two weeks!

Memorial Day is more than just a three-day weekend launching the unofficial start of summer. For over 40 years, it has been the official national holiday aimed at remembering those who served in the armed forces.  Thank you to all the soilders who have served and sacrificed for our great country

This Saturday, March 21st is World Down Syndrome Day!

“World Down Syndrome Day (WDSD) is a global awareness day which has been officially observed by the United Nations since 2012. Each year the voice of people with Down syndrome, and those who live and work with them, grows louder (www.worlddownsyndromeday.org)

Help me spread the word on social media.  Click on my blog to find out more about WDSD @https://nickspecialneeds.wordpress.com/2014/03/24/blog-89-world-…n-syndrome-day/

Thank you for reading and sharing this information about World Down Syndrome Day.  That’s what is in my noggin this week.

Update~ Mr. Sneeze in Your Face

Mr. Sneeze in Your Face passed along his cold to me which is kicking my butt.  Nick knows how to sneeze in his arm.  I saw him practicing it in front of the bathroom mirror the other day.  He just thinks it’s funny to give you a direct hit.

Needless to say, I am under the weather, thanks Nick. Down syndrome and autism has its challenges.  This weekend was a struggle, I’ll leave it at that.  I was planning on writing about the recent re-evaluation we did on Nick’s speech device.  I’ll save that for next time when my head is clear.

This re- blog will be a nice tee up, and provides a background of Nick’s speech and methods we’ve used for his communication over the years @ https://nickspecialneeds.wordpress.com/2013/03/11/blog-45can-we-talk/

Hope you are all surviving this cold season and frigid winter. I’m doing shots of Emergen-C and Echinacea tea hoping to turn the corner soon.  After all, I’ve got to keep up with Nick!   Thank you for reading and sharing Nick’s world.  That’s what is in my foggy noggin this week.